The owners have made a great investment in the business which includes a 24/7 prescription collection machine, allowing patients’ prescriptions to be collected any time day or night. This machine is the first of its kind in Swansea and only the second in Wales, and has already been a hit with the locals as it minimises queuing and facilitates collections outside of normal opening times.

The owners first bought the old Aunty Ivy’s Day Nursery over three years ago, and an application was immediately put into the Local Health Board for a new Pharmacy license for the premises. The Local Health Board agreed a second pharmacy in the area was essential and granted the license. The pharmacy located next to the doctors is part of a multiple chain and their head office located in Manchester logged an objection to the approval, which resulted in further delays with the decision having to be reassessed by the Welsh Assembly.  The Welsh office upheld the approval and the internal work started early 2020. The COVID pandemic lockdown resulted in additional unexpected delays, but through the hard work and determination of the owners and the team project managing the build, Black Circle Retail Design, the works were finished at the end of August ready for the opening on the 1st of September.

The owners, a local family from the Swansea area are delighted to have opened their first pharmacy.  The couple met at The University of London School of Pharmacy nineteen years ago.  Daniel’s most recent position was of a Superintendent Pharmacist for a Welsh company with branches from Newport to Tenby. He will be working at Gowerton Pharmacy full time, whilst Mrs Jones will remain in her position at a Swansea hospital helping out wherever possible.

The owners together with their team are looking forward to welcoming you to the pharmacy and are sure that the residents of Gowerton & Waunarllwyd will appreciate the enhanced facilities “Gowerton Pharmacy” and the 24/7 machine. 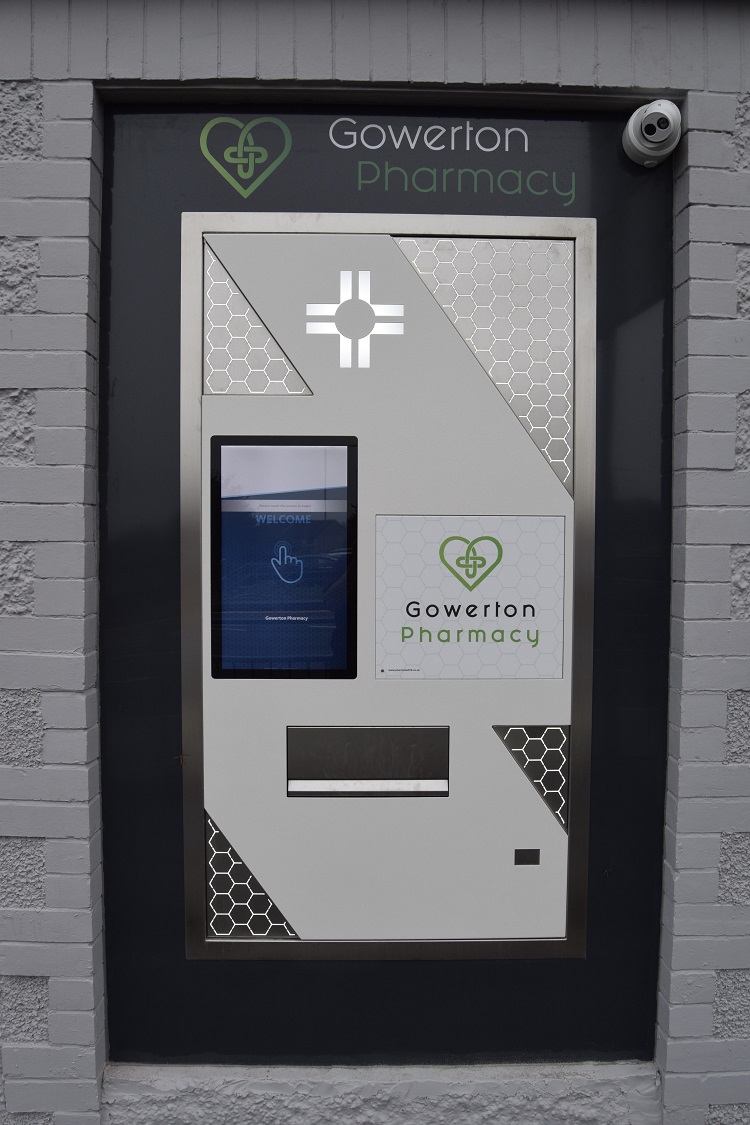